Want to Work With Us?

Go to Shop
History of

The earliest history of the Madison Valley credits the land of the Jumping Horse Ranch as being the birthplace of an Indian chief, whose family lived each summer in the Madison Valley. Ten Doy was so named because on the day of his birth his father looked out of the wigwam to see ten boys coasting down a nearby hill using slabs of elk hide for their sleds. Ten Doy was the son of Tancahanca, and the grandson of White Bear, the elder for whom this clan of the Bannack tribe was named. The White Bear clan roamed a wide expanse of territory from the middle of Nevada to central Montana, and from central Wyoming to Idaho. Former workers at the Jumping Horse Ranch claim that rocks with Indian paintings still adorn caves on the upper parts of the ranch, and that large rock formations, probably arranged as hunting blinds, are evidence of Indian settlement on the ranch.

Many early settlers claimed land within the borders of the present day Jumping Horse Ranch. Some of the valley’s first and most prominent settlers, or members of their families, were among their numbers. Names like William Ennis, M. D. Jeffers, E. A. Maynard, Andrew Switzer and George Watkins are peppered throughout the history of the Madison Valley. Some pioneers left virtually no records. Settlers like L. S. Briggs, Erastus Paugh, Ernest, Charles and John Vetter, Tim Crandall, Harold and Chester Bower, William Maginness, Edgar Michener and Pat Daiey are known because surviving family members tell their stories. The others have left their mark only in the dusty pages of county land records or in the memories of those who were just children when they died. Many of the early patents on the Jumping Horse Ranch were small 160-acre parcels, although some settlers, such as E.A. Maynard, purchased full sections from Northern Pacific Railroad patents. The more determined settlers claimed additional patents or purchased claims when the original settlers moved on.

The character of ranching in the Madison Valley seemed changed forever when, in 1929, a prominent American businessman, one of the original investors in Birds Eye frozen foods, by the name of Wetmore Hodges and his wife, Dorothy, purchased what they named the Jumping Horse Stock Ranch. At one time, they owned most of the present Jumping Horse Ranch and a portion of the properties to the west stretching nearly to Cameron, as well as the Valley Garden Ranch, which lies across the Madison River.

The Hodges were responsible for the ranch’s transformation from a pioneer cattle ranch to the Jumping Horse Stock Ranch. In addition to the present main house, which was built as Dorothy Hodges’ private quarters, the Hodges were responsible for the construction of three ranch hand houses, a bunkhouse, a cookhouse complete with a walk-in refrigerator, three livestock barns, a slaughterhouse, poultry barn and miles of wooden board corrals. The ranch also boasted fine horse training facilities and a one half mile banked training racetrack.

The Hodges operated the ranch much as if it were a small city. There was even a commissary in the basement of the cookhouse where ranch hands could purchase food staples and personal grooming items. The crowning jewel in the Hodges’ construction accomplishments is the show barn, a two-story marvel of engineering, now used as a calving facility. The Hodges also built a boat house-cabin on the shores of Ennis Lake.

Phil and Jane Yeckel and their young family came to the Madison Valley from Texas. In 1954, the Yeckels purchased the Jumping Horse Stock Ranch. Phil was an active manager during the 13 years they owned the ranch, responsible for modernization through the purchase of mechanized haying equipment.

In the mid 1950s, the Yeckel’s Jumping Horse Stock Ranch was the subject of a 30-minute television feature, which attempted to create for the American television audience a true picture of life on a ranch. The program, produced by USIS TV, is available on video cassette at the Madison County Public Library, and offers a look into the not-so-distant past of the Madison Valley community.

The Jumping Horse Stock Ranch, a ranch credited with a history of good management, was fortunate to have Robert and Helene Beck as owners starting in 1967. Together, the Becks initiated many projects aimed at the protection of the land and conservation of its resources.

With conservation in mind, the Becks were pledged to the protection of the Jumping Horse Ranch as an operating cattle ranch. Many of the original ranch buildings were restored with the authenticity of their original builders.

In 1987, the Becks granted a conservation easement on the Jumping Horse Ranch to the Montana Land Reliance. This easement, a title attachment that will follow the property into the future, restricts the number of buildings that can be constructed on the ranch property, limits subdivision and protects native wildlife and vegetation. The future of the Jumping Horse Ranch, as in the past, will be dedicated to the preservation of rural traditions. 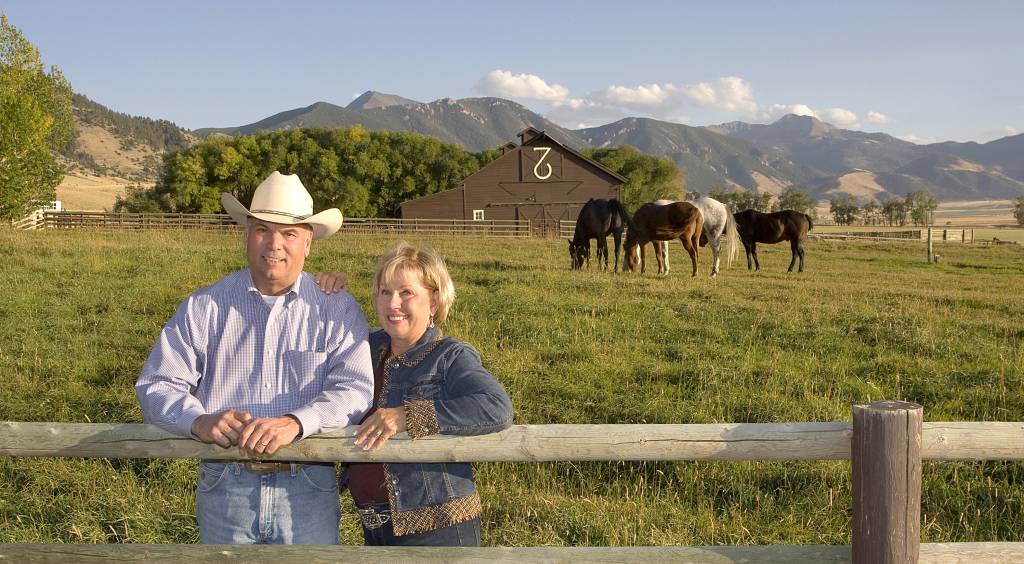 Terry and Karin Braxton bought the Jumping Horse Ranch from the Becks in 1999. They made many improvements, including the continued restoration of the many buildings, a new addition to the main house, the construction of a shop, a mountain cabin and new corrals. Betty, Jeff’s wife, and Karin refined the landscaping with the addition of more lawns, rock walls and many flowerbeds. Karin also worked to update the interior decorating in the cabins and houses, keeping them historically correct. Terry and Karin sold the ranch in 2019.

In 2019, the Jumping Horse Ranch sold to a family that has had a love for Montana for many years, and the ranch continues to operate with the day-to-day activities, while also hosting a limited number of guests for big game hunting. 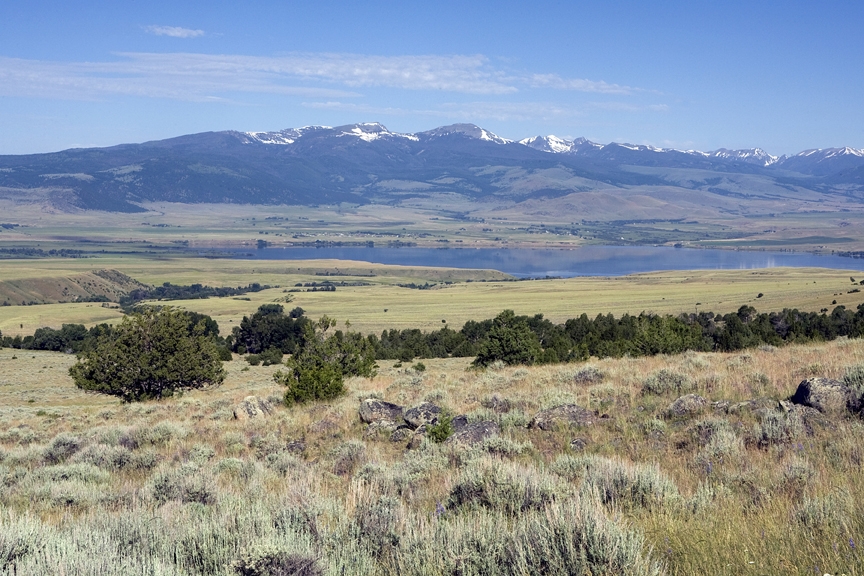